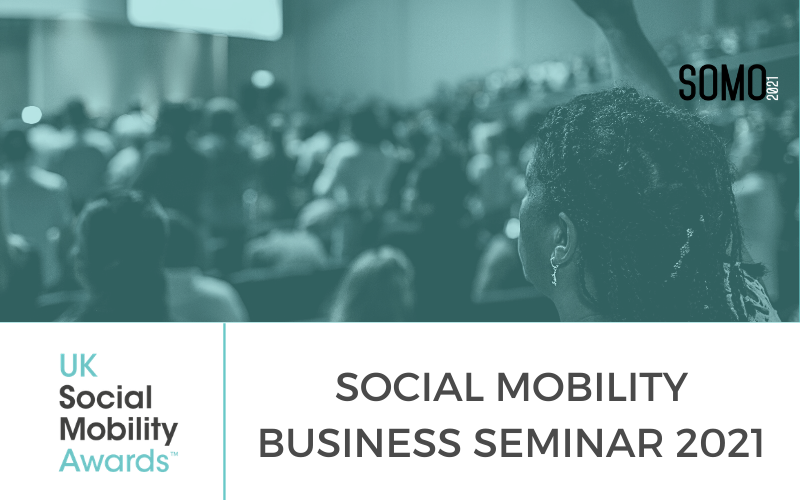 The UK Social Mobility Awards are launching the fourth annual Social Mobility Business Seminar next week. After an unprecedented year, this seminar presents the chance for those organisations that are interested in entering the 2021 Awards to come together with those individuals and organisations developing social mobility initiatives to face the challenges further brought on by the pandemic.

Including an opening address from the Nadhim Zahawi, the Minister of Business and Industry and Minister for COVID Vaccine Deployment, the seminar will comprise of speeches from leading social mobility advocates, as well as a panel discussion with senior figures from major UK businesses.

If you are interested in attending this event, register now: https://www.eventbrite.co.uk/e/social-mobility-business-seminar-2021-tickets-142545887587 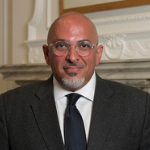 He was previously Parliamentary Under Secretary of State at the Department for Education from 9 January 2018 to 26 July 2019. Nadhim was elected as Conservative MP for Stratford-on-Avon in May 2010. 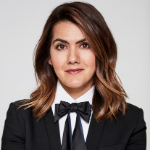 Farrah Storr was appointed Editor in Chief of Cosmopolitan in July 2015 and has since grown the brand to become the No.1 UK women’s glossy. Previously, Farrah was the launch Editor of Women’s Health magazine. Under her direction, Women’s Health became the most successful women’s magazine launch of the decade. Her achievements were recognised by the British Society for Magazine Editors when she won the prestigious award ‘New Editor of the Year’ in 2014. Most recently, Farrah was awarded Editor of the Year at the 2018 PPA Awards and was named as one of the 36 BAME people on the Guardian’s 1,000 most powerful people in Britain. She is one of the judges for the Orwell Foundation’s, Orwell Prize for Exposing Britain’s Social Evils and is also the author of The Discomfort Zone (Piatkus). 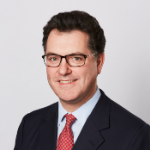 Vincent is Alderman for the Ward of Farringdon Within in the City of London and, subject to election, is in line to be Lord Mayor of the City of London in 2020/2021. He is a partner in the international business law firm, DLA Piper.

Since his election to the City of London in 2013 he has served on a number of City of London Corporation Committees including Finance, City Bridge Trust and Planning & Transportation. He is currently a member of the Policy & Resources Committee, Freedom Applications Committee and the Homelessness and Rough Sleeping Sub-committee. He also a Governor of the City of London School.

Vincent was recently appointed as Co-Chair to a Government commissioned taskforce, looking at improving socio-economic diversity at senior levels within UK financial and professional services. He will be leading a workstream, which seeks to develop a membership body/peer network for financial services, focusing specifically on progression. This will offer a safe space for financial service employers to share best practice / benchmark against sector peers.   Vincent was Sheriff of the City of London for the year 2018/19.

Vincent is a Liveryman of the City of London Solicitors’, the Woolmen’s, Distillers’, Spectacle Makers’, Stationers’, Framework Knitters’, Upholders’ and Security Professionals’ Companies. He served as Master Solicitor in 2014/15. Vincent is a member of the City Livery Club, the City Pickwick Club and the Royal Society of St. George (City Branch) and the Court of The Honourable The Irish Society. He is the Senior Patron of the Farringdon Ward Club.

Vincent advises banks, financial institutions and corporate clients in the UK and internationally on banking, finance and capital markets transactions. He is listed as a leading practitioner in his area of practice by all of the principal legal directories.

Vincent graduated from University College Dublin with a BCL and subsequently obtained an MLitt from Trinity College, Dublin. He was recognised in 2018 by UCD as their Law Alumnus of the Year. Since his admission as solicitor in England & Wales in 1992 he has worked in private practice in the City. He was President of the City of London Law Society in 2014/15 and is an Honorary Bencher of Gray’s Inn.

Vincent’s interests include theatre and the arts. He is a trustee of the Sir John Soane’s Museum, chairs the board of the vocal ensemble, Exaudi, and is a director of Actors Touring Company.

Vincent is married to Amanda, an Intensive Care Nurse and in what spare time he has, he enjoys tennis and walking their Labrador. 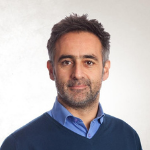 Chris was appointed Chief Operating Officer, UK and Ireland, in 2016 and has been at Sky for over 20 years. He has responsibility for all the major sales & service operations at Sky, as well as for our Irish business and our B2B division across TV and Communications. He has been responsible for delivering much of our customer service strategy, as well as the design and build of our Head Office campus.

Prior to becoming the Chief Operating Officer, Chris was the Managing Director of the Customer Service Group for 5 years, following 4 years as the Deputy Chief Financial Officer. Chris also spent 7 years at KPMG working across several industries including banking, retail, manufacturing and media.

Chris sponsors the Women in Leadership initiative, where Sky is looking to achieve a 50:50 gender split across the senior leadership group, and served on the Women’s Business Council, a government backed committee to drive gender equality in UK businesses, for 3 years. He is currently sponsor of our Sky Cares loneliness initiative where Sky, in collaboration with AgeUK, is looking to connect 1m older people to their local communities. 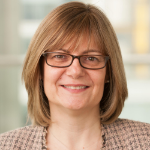 Alison has over 30 years’ experience in the securities industry. In her current role with BNP Paribas Alison enjoys leading a global team supporting sales initiatives across 34 locations.  Based in London, Alison is the Executive Sponsor for CSR at BNP Paribas Securities Services and a member of their CSR council, which drives the company’s agenda on social, environmental, economic and civic engagement.  Alison is also an active member of Girlguiding, the leading UK charity for girls and young women.

Check out the latest SOMOs report, ‘Widening the gate? Advancing social mobility in 2021-2022’, which showcases some great examples of UK organisations and institutes already implementing initiatives into their business to help progress #socialmobility. somo.uk/publications/s…

Taking a more holistic & data-led approach to their recruitment processes, & committed to creating a more socially diverse organisation, @GrantThorntonUK are the Recruitment Programme of the Year winners at the #SOMO2022! This category is championed by @HedleyMay. #socialmobility pic.twitter.com/CIdDbk02Uc

Our #SOMO2022 ‘University of the Year’ winner is @QMUL, who are dedicated to improving #socialmobility within #highereducation. The also became the first university to be awarded the platinum level Engage Watermark in recognition of its sector-leading public engagement work! 🎓 pic.twitter.com/IWZOJbxrdV

Championed by @Callsign, the Start Up of the Year winner in this year’s awards was @oddbox! Founded in 2016, they tackle food waste & sustainability issues, and have been implementing volunteering, mentoring, and work experience opportunities for young people into their work. 👏🏽 pic.twitter.com/5zHIgZq8lX