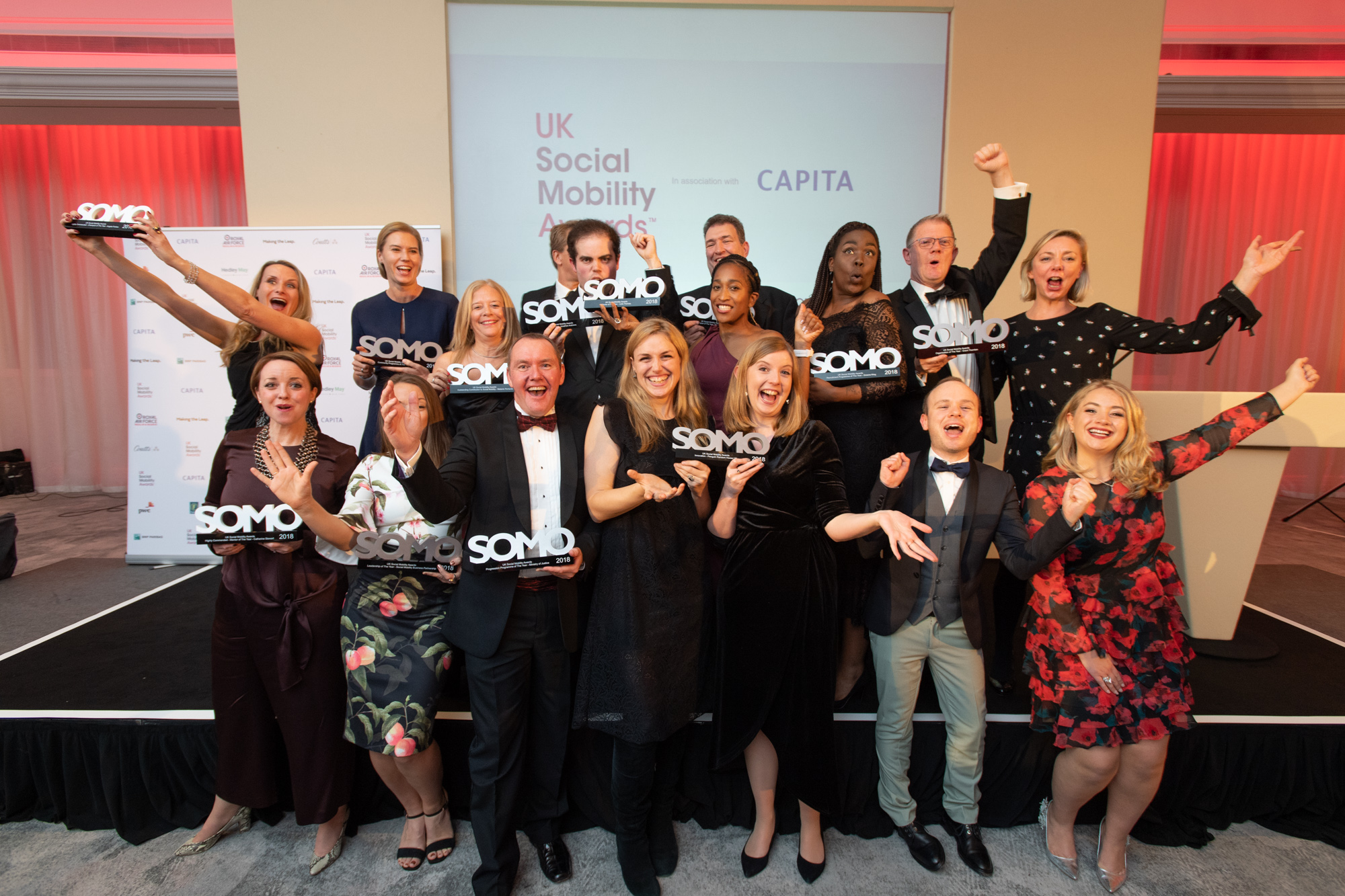 The UK’s only awards dedicated to recognising the achievements of individuals and companies in promoting social mobility celebrated their second year with a fantastic gala at the London Marriott Grosvenor Square.

The winning entries of the second iteration of the UK Social Mobility Awards were announced at a dazzling awards ceremony on Thursday, 18th October. The Awards celebrated the forward-thinking organisations developing initiatives to promote social mobility, either within their own workforces, or by influencing the debate from beyond their own walls. By raising awareness and celebrating the people and organisations that are committed to bringing about change, these awards aim to advance the practical implementation of social mobility in this country. 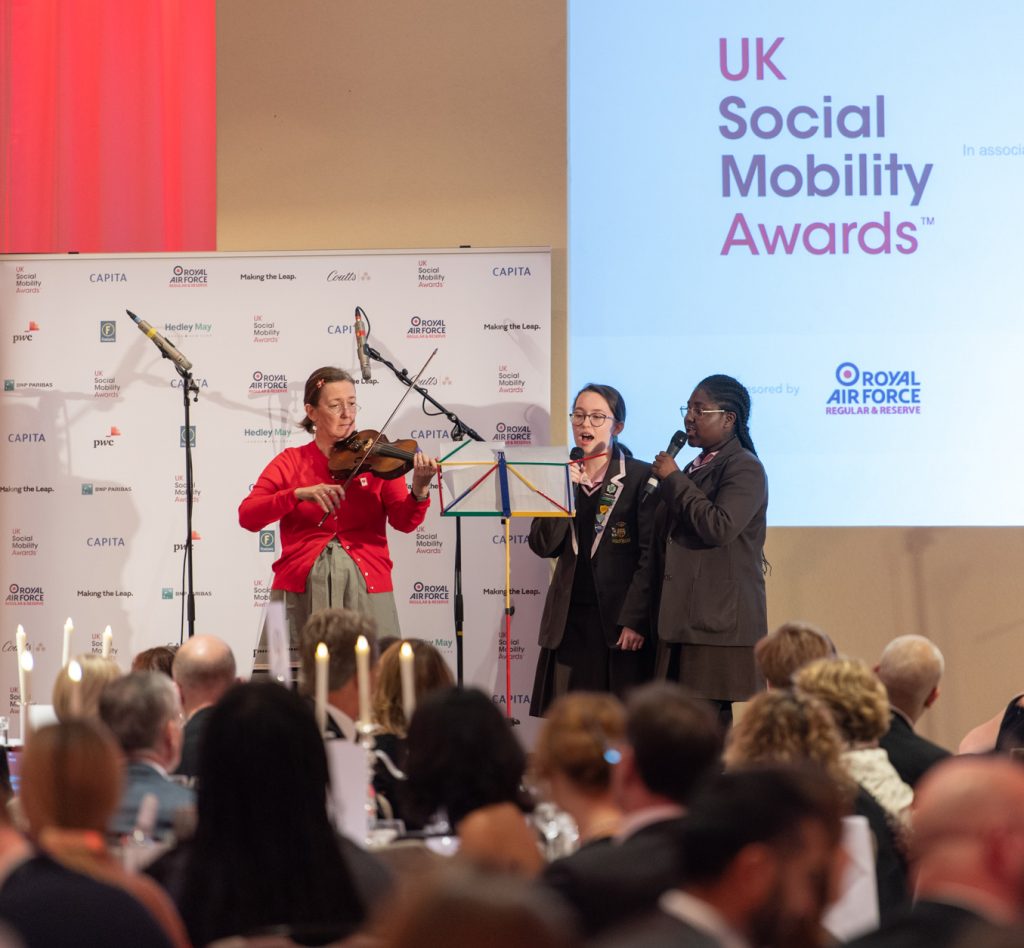 A performance from students at the Notre Dame School, Southwark

The Awards, which are held in association with Capita and sponsored by the RAF, received an impressive array of entries from around the UK and from a range of sectors and industries that have demonstrated excellence in their social mobility initiatives. Entries were judged by a prestigious judging panel, made up of leading figures in business, charity, politics and the public sector.

“The UK Social Mobility Awards are about corporate Britain coming together to advance social mobility because it’s the right thing to do. Millions of young people never get a chance to succeed simply because of the family they are brought up in or the school they went to, and the businesses and organisations involved in this initiative want to change that. I am grateful to Capita for sponsoring the Awards because without them, this would not be happening. They are leading the charge.” 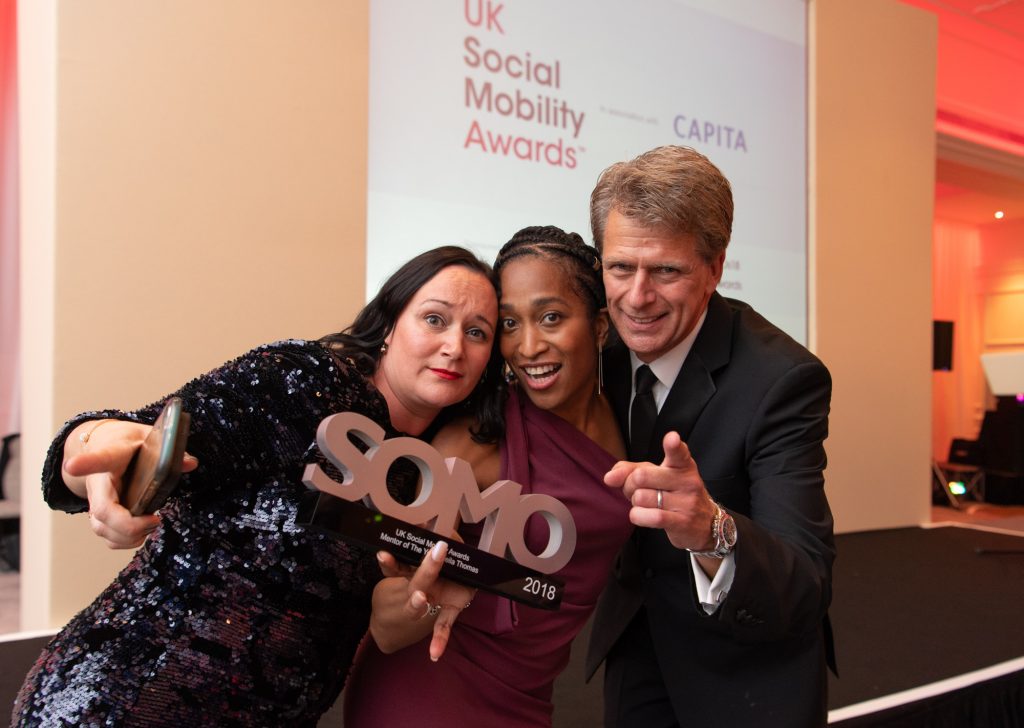 Andrew Castle proved to be a popular host!

The night began with a drinks reception and three-course meal, during which a letter of support from the Prime Minister, Theresa May, was introduced. The gala evening was hosted by TV and Radio presenter, Andrew Castle, and guests were entertained by performances from students at the Notre Dame School in Southwark, before the winners were announced and presented with their awards.

There were many inspirational speeches delivered on the night as trailblazing social mobility advocates from both business and government, Sir Kenneth Olisa OBE and Nadhim Zahawi MP, delivered stirring calls to action. Similarly, the CEO of Capita, Jon Lewis, doubled-down on his organisations support of the UK Social Mobility Awards and the impact they are having across the UK, committing to headline sponsorship for the following two years. 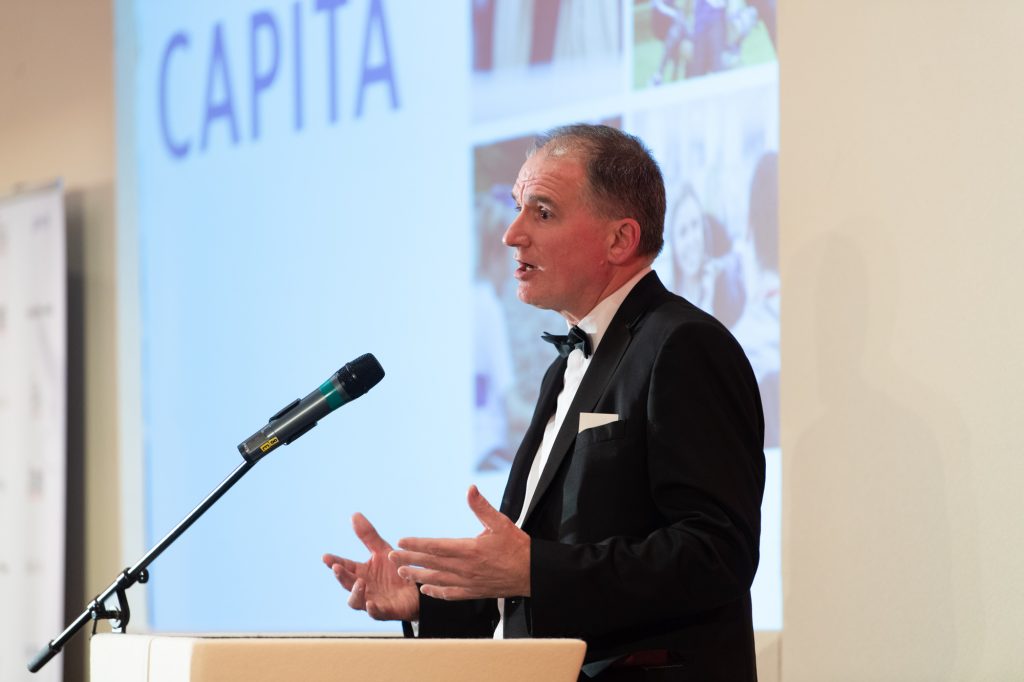 Sir Kenneth Olisa OBE, Chair of the Judging Panel for the awards, commented:

“We’ve started something here which will have a long life ahead of it. This is a systemic fix that may well take a generation to change attitudes. But In ten years people will be employed and enabled because of their talents and not because of their background. The organisations and individuals on the shortlist for these awards are being recognised for leading that systemic change.”

Jon Lewis, CEO of Capita, headline sponsors of the awards, had this to say:

“I have been inspired by the finalists for this year and want to firstly congratulate everyone nominated for their achievements. Social mobility cannot be solved by one organisation, it requires the collective support of a community of interested and caring parties. That is why we are delighted to be the lead sponsor of this year’s Social Mobility Awards, to recognise and encourage action that will drive social mobility.” 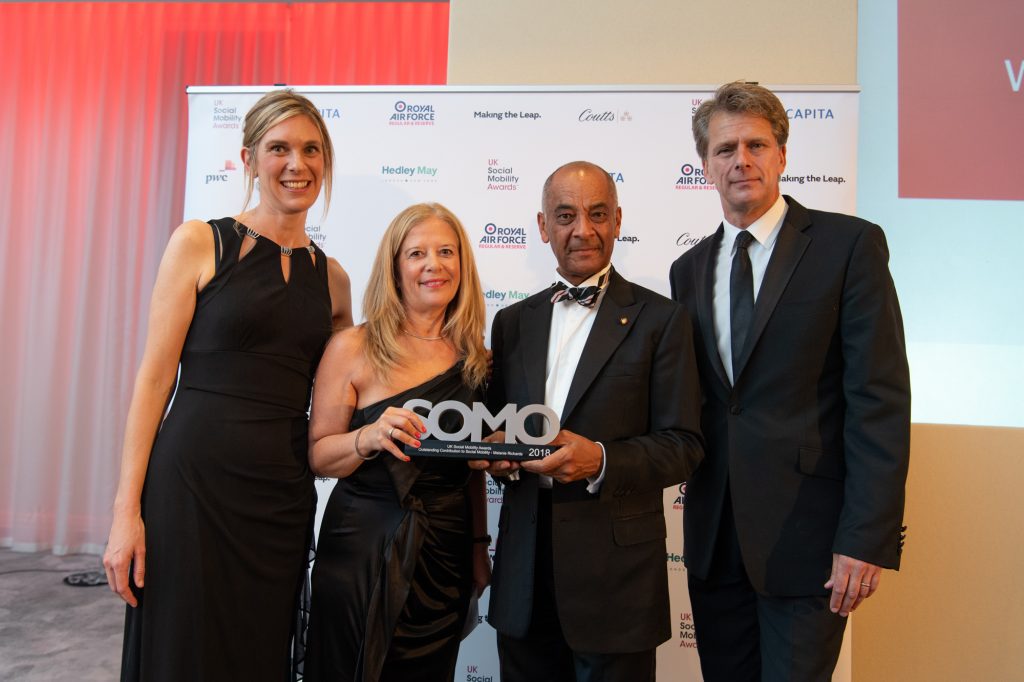 The ceremony ended with Melanie Richards, Deputy Chair for KPMG and winner of the ‘Outstanding Contribution’ award, looking back on a professional career devoted to advancing social mobility and offering her advice for the future. After a wonderful gala, guests were then free to hit the dancefloor and take selfies with their SOMOs trophies, which they did not hold back from!

A huge thank you goes to everyone who made the awards possible, from attendees to judges, sponsors, finalists, supporters and friends. We look forward to an even better event in 2019. 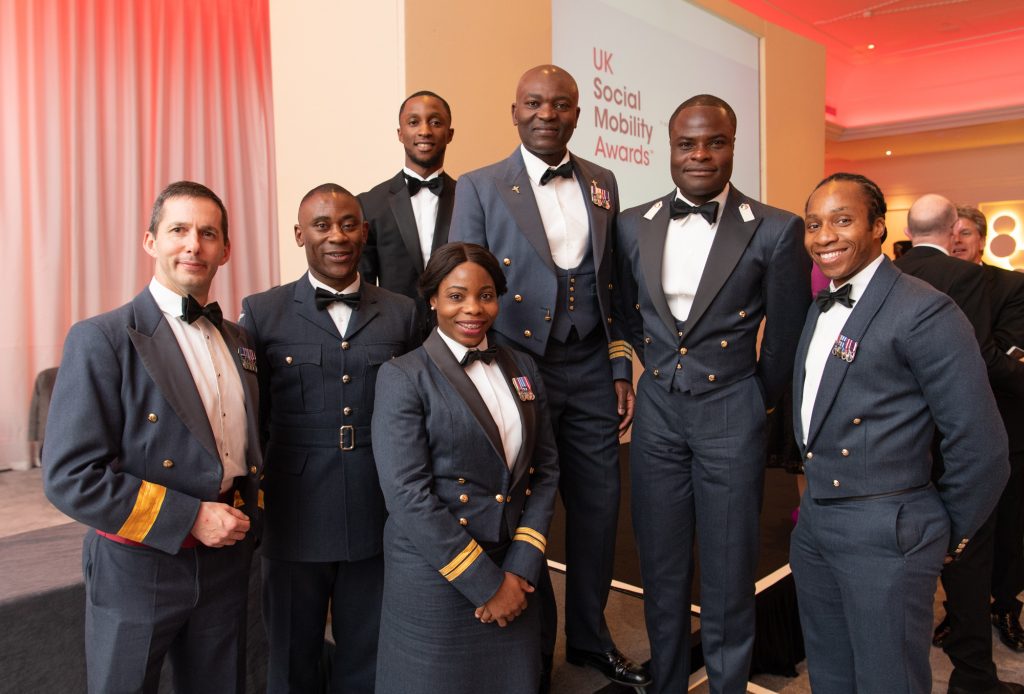 The UK Social Mobility Awards are now closed for entries! 🏆🤩 A massive thank you to everyone who has entered - we have received so many great submissions that showcase the hard work that is being done in order to improve #socialmobility! Next stop ➡️ shortlisting! #SOMO2022 pic.twitter.com/6mX5JJ0F1Q

It is the last day to enter the #SOMO2022! 🏆⌛️ There’s still time to get your entries in for this year’s awards - the deadline is at 5pm today! We can’t wait to celebrate everyone doing great work to advance #socialmobility in the UK. Enter now ➡️ somo.uk

The deadline for the UK Social Mobility Awards 2022 is only 1 day away!! 🏆⏳ Get your submission in by 5pm on 24th June and join the network of organisations who are championing the advancement of #socialmobility in the UK! #SOMO2022 Enter here ➡️ somo.uk pic.twitter.com/SRU9XG6fKq

We are delighted to have @AmazonUK on board as our Gold Partner in this year's UK Social Mobility Awards. #SOMO2022 Check out what John Boumphrey, Amazon UK's Country Manager, has to say about #socialmobility within their organisation and this new partnership. 👇🏾 pic.twitter.com/Zp69zGITB5

Find out how to enter and more here ➡️ somo.uk